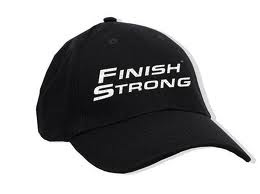 I know it has been awhile since I have posted...due mainly to an injury, then there are kids, family and even a little burnt out. But it’s final stretch time; time to take out all stops and try to win your league. I want to help you gain ground in a category, block another manager from gaining ground against you and maximize your games played and innings limits down the stretch. Let me know how I can Fix Your Team.

Many injuries lately and they have rippling effects. Harvey goes down and that may keep the Mets from sending Wheeler out for the rest of the season. If it wasn’t already decided, Harvey’s injury will make Miami shut down phenom Fernandez very soon too. Those coming back from injury will be Kemp, Jeter, and Montero. Those still hurting are Tulo, Rasmus, Reddick, Weeks and Cain. The waiver claims are coming fast and furious. Some mid level vets may get placed in a high potent offense so keep eyes on Morales, Byrd, and Willingham.

The call ups are coming soon so keep an eye on minor league studs like Castellanos in Detroit, and a Polanco in Pittsburgh. These two bats can give big dividends for 30 games. In Tampa any of their stud SP can come up and give a spot start. The Pale Hose have already called up Avisail Garcia after the Rios trade and he can play. The 2 studs in Minnesota should be called up but I feel only Sano gets the call and Buxton stays put. Would live to see both Springer and Singleton get the call in Houston but do not see the last place AAAstros doing either. Recently Seattle DFA’d Harrang so that leaves a chance Seattle’s best prospect Walker gets a few starts on the hill before the season ends.
Posted by Brett Barton at 3:51 PM