This crop of prospects coming up in the NL East has All-Star written all over most of them. Each has a specific skill set that separates them from others in their organization. They are worth drafting in all Dynasty Leagues or a spare bench spot if possible. Definitively keep them on your waiver priority list when they get their shot. 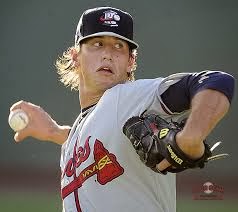 Atlanta has a stockpile of B grade prospects but no real slam dunk prospect that will contribute in 2014. That being said I feel their best prospect for the future is Lucas Simms. He is a local kid who throws in the mid 90s with both a curve and change. He throws strikes and has a very athletic build. Last year he went 12-4 with 134K in only 117 innings while only giving up 83 hits. Look for an increase in innings and monitor how a larger workload could affect him. 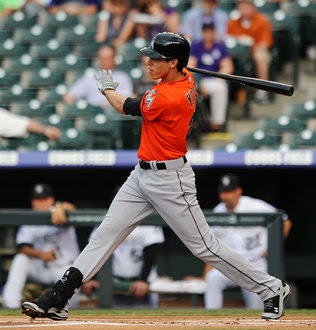 Many come draft day will be thinking of Christian Yelich as a possible sleeper to target. He is the one getting all the pre draft press at the moment. The one I want you to consider is Jake Marisnick. He went from A ball to The Show last year. Coming off minor knee surgery he is good to go come spring training. CF is his to lose as I feel Yelich will have competition from Ozuna in LF.  Once he secures CF the best possible scenario would for him to hit 2nd in the order . If he hits 7th or 8th his value drops dramatically. He has potential for a 12/12 guy who could put up some good Run numbers hitting in front of Stanton. 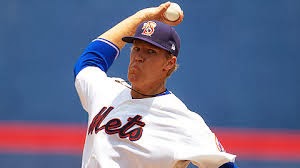 Probably a mid season call up Noah Syndergaard is the real deal. IN 117 innings pitched between High-A and Double-A last season the right hander went 9-4 with a 3.06 ERA, 1.15 WHIP and 133 Ks. After getting time in big-league camp during spring training in 2014, Syndergaard will likely start the season with the Triple-A Las Vegas 51s. Sound familiar? New York did the same with its other two top pitching prospects; Harvey and Wheeler. Be the first to use your waiver request or FA dollars to snag this guy if you do not draft him. 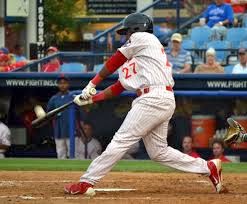 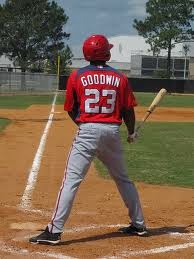 The Nats have a true 15/20 leadoff hitter in Brian Goodwin. He is the top OF prospect in the Nats system. The 2011 1st round pick put up a fantastic slash line last summer and then was a standout in the Arizona Fall League which is a final tune up for the Bigs.  In Arizona he had a 19 game season which he put up a .296 BA with 4 Doubles, 1 Triple, 2HRs and 3 SB in 88 Pas for the winning Mesa Solar Sox. He wil be the Nats replacement for Denard Span who is signed through this year so a trade of Span or an injury will keep Goodwin down in Triple A until then.
Posted by Brett Barton at 2:42 PM