Worthy Of Drafting After Returning From Injury?

For the next week or so we will examine players from every position who are returning after lengthy, if not season ending, injuries. We will examine players from both leagues, their current ADP, possible alternatives, and finally giving a green light to draft them.  Today we have two players at the hot corner.
NL Aramis Ramirez:  ADP (100) the 8th 3B off the board. Ramirez has been part of the walking wounded for a majority of his career. He has only played in 75% of eligible games over the last 4 years. That is fairly close to being a platoon player. When healthy he is productive, he could be a 25HR and 90RBI guy. The veteran posted his lowest batting average (.241) in the last 10 seasons after missing the majority of June when he was placed on the disabled list because of the thumb. He should be healed completely by spring training. Another glaring problem with Aramis this year will be his supporting cast. He should have Soriano and Pena as bookends in the line-up. They are both slow, free swinging, and low OBP players. With them not providing protection, Ramirez’ RBI will take a nose dive this year. Still a good 3B with an adequate BA, you have to remember he has no speed and will be lucky to get a SB this year. Look for alternatives later in the draft that can complete a full season at the position and have some pop while playing on a better team. These two players you should consider; Casey McGehee (111) and Mark Reynolds (132). 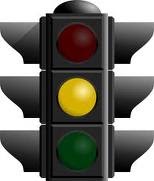 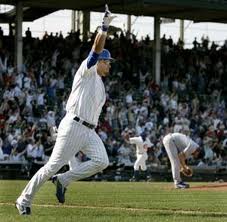 AL Edwin Encarnacion: ADP (394) the 23rd 3B off the board. Apparently one rocky season wasn't enough to scare off the Blue Jays from bringing back Edwin Encarnacion for another go-round in 2011. It was a chaotic campaign for Encarnacion in 2010. It started off slow at the plate, then he had some health problems (Wrist and hamstring) and before he knew it Encarnacion was demoted to the minors in June. He would make it back a few weeks later and the demotion served as a helpful wake-up call. Encarnacion hit .269 with 12 homers and 29 RBI over his final 59 games. Encarnacion played 95 games at third last season for Toronto, but he isn't expected to see much time at the hot corner this year. Toronto brought him back to be a designated hitter and backup first baseman. Encarnacion hit 20-plus homers for the second time in his career last year, but he is going to post a low batting average, which is going to irritate Fantasy owners. Consider Encarnacion for what he is, a multi-position eligible, and late-round Fantasy option in all leagues. Basically a bench player with some pop that could be used in certain H2H pitcher friendly match-ups. 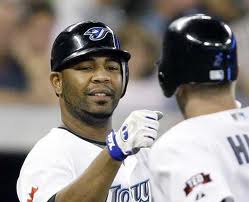 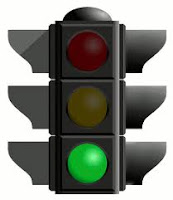 Email ThisBlogThis!Share to TwitterShare to FacebookShare to Pinterest
Labels: Returning From Injury