It’s time to analyze each divisions pitching rotation. In deep leagues towards the end of the draft you need to know each MLB team’s 4th and 5th starters. The 5th starters normally do not get a start until mid April simply because of scheduling and that there is no need for them until usually the rest of the rotation gets 2 starts under the their belt. These lists will also make you aware of who will make the rotation and who will possibly start the season in the bullpen or in AAA.  This too will help you determine some of the youngsters and who is possibly hurt. Today we will start with the NL West. 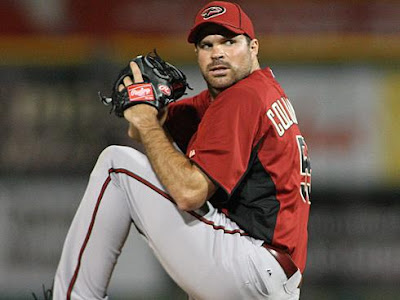 A great SP to round out your rotation this year will be Collmenter. He not only has RP eligibility but will give you double digit wins and a very useable ERA and a whip under 1.15 pitching a majority of his games against the Padres, Giants, and Dodgers. Yahoo has him projected at 17 Wins which seems a little high with a 3.33 ERA and a 1.05 WHIP. Number like that could end up as the ace of any staff. His current ADP is 246 so he is a true sleeper. Draft him with confidence. 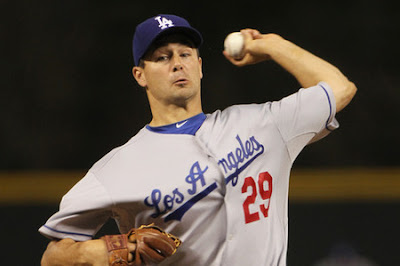 I have always been a Lilly fan. An inning eater who doesn’t walk anyone or give up the big inning. He can help your team in ERA and WHIP. Since coming to the NL he has an ERA under 3.73 and a WHIP under 1.14 over the last 6 seasons. 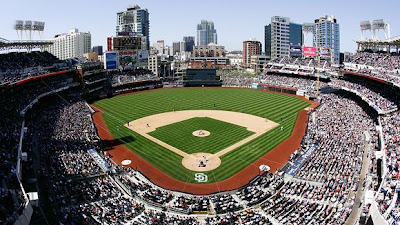 I feel every Padres starter is useable at home.  Petco makes even the most mediocre pitcher a notch better.  If you need to draft a Padre Pitcher go with Luebke. He has dual eligibility and has a K/9 near 10 for his career.  The wins are always a touch commodity for a Padres starter but the peripherals (especially at home) are always above par. 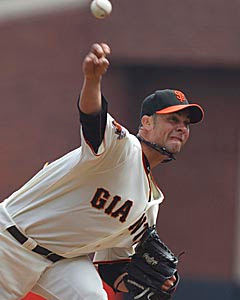 I have seen so many negative remarks on Vogelsong this off-season that I had to double check all his career stats. What most people forget is he will be 35 this summer. Many thought he had a breakout year as a 20 something in 2011. Truth is he was very close to being out of baseball if not for last year’s performance. Do not expect what you saw last year…it was a fluke. 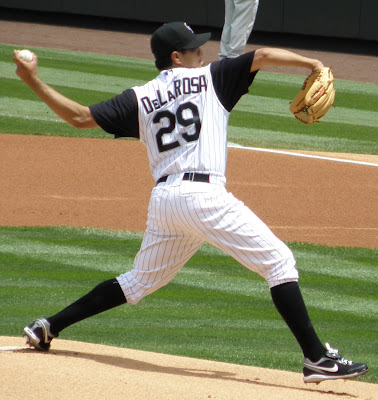 What you do not see is 49 year old Jamie Moyer. I would like to see him pitch but I cannot believe that Colorado management will give away starts from their youngsters to let Moyer compete. I will not be drafting any Rockies SP this year but keep your radar up on when Jorge De La Rosa returns in late May. He is a definite pick up when the rest of your league mates may be sleeping. Wouldn’t even hurt to pick him up around Cinco de Mayo if you have extra room on your DL.
Posted by Brett Barton at 12:08 AM

Email ThisBlogThis!Share to TwitterShare to FacebookShare to Pinterest
Labels: Strategy