Depth for your Fantasy Team… 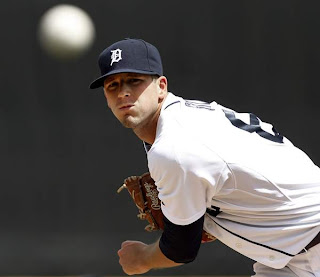 Add On
Detroit Tigers SP Drew Smyly might be getting the attention of some fantasy owners who are in need of spot starts, or perhaps SP depth. Smyly, a 22 yr old Southpaw, was drafted in the 2nd round of the 2010 draft by the Tigers. I have followed Smyly through this year as far as production, and I had my eye on him during my minor league draft. I did not take Smyly during my draft because I read several articles where he was on the verge of making the starting rotation out of spring training.
Smyly has done threw 16 innings of work, and against very good offensive lineups in Tampa Bay, Kansas City, and the Texas Rangers. Smyly now has a 1.12 ERA, with 15 K and only 6 BB. Drew will draw opponents of the Yankees, White sox, and the Mariners in his next 3 starts. If you need to add SP depth, or perhaps have an extra slot due to DL problems, I would take a look at Drew Smyly.
Chicago Cubs 1B Anthony Rizzo needs to get a serious look from fantasy owners. Even though Rizzo is still in AAA Iowa, he has been killing the ball. Rizzo has homered in 4 straight games thus far, bringing his HR total to 7, with 19 RBI, 25 H, 2 2B, and a .368
BA. I know it’s hard to have a spot occupied by a player who is still in the minors, but the thing is, when he is called up, you will already have him.
Here is my situation; I drafted Paul Goldschmidt in one of my leagues, however, his poor starting production has hurt his playing time. I also drafted Adam Dunn, and Brandon Belt to occupy 1B from time to time as well. I did draft Rizzo, again I will hold onto him from now till he is called up. Belt is having the same problem as Goldschmidt in his production/playing time. I went to the FA wire and picked up Mat Gamel for the time being. I believe every championship team needs an anchor at 1B, and thus far I have not found mine.
Houston Astros 2B Jose Altuve is owned now in 31% of yahoo leagues and is on the rise. The 22 yr old is off to a hot start for the Astros, and he is not the only one contributing. Altuve is batting .321, with 6 RBI, 7 R and 3 SB. Altuve has 56 AB flip flopping from the 2nd and 8th hole in the batting order and needs a little respect from fantasy owners. The position is already a weak one, and Altuve will add more depth to your roster as well as stats. Pick up Altuve right now, and don’t think twice about it.
Posted by Brett Barton at 6:03 PM