Freddy Ain’t Getting No Brotherly Love 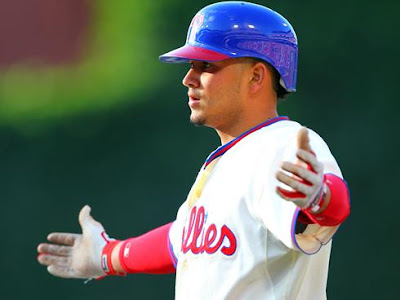 Galvis, like many others states, “I have not and never would knowingly use anything illegal to enhance my performance,” “I have always tried to follow the team's strength and conditioning methods, listen to the trainers, work out hard and eat right. Unfortunately, the rules are the rules and I will be suspended.”

Galvis did test positive for a substance known as, “metabolite of Clostebol, a synthetic androgenic steroid,” according to MLB. Galvis is not the first player, and will not be the last player to be suspended for these types of actions. It has always been a point to me, the more ‘steroids’’ the players take the more the numbers show it; however, with Galvis it was the complete opposite. Galvis did not have the numbers to show his ‘baseball numbers’ getting better, and perhaps it was due to him baring injury and trying to stay on the Phillies roster.

If you have Freddy, I would suggest cutting him at all costs, as it does not look like he will be back with Philadelphia this season, bearing any setbacks with Chase Utley, and if there is setbacks, look for the Phillies to be buyers at the trade deadline, and look for Galvis to head back to AAA after his DL stint.
Posted by Brett Barton at 6:30 PM