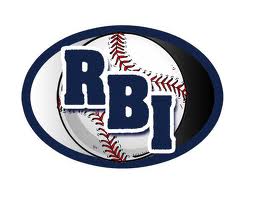 Unless this is your first Fantasy season, you've heard the term ADP, which is short for Average Draft Position. It's a statistic that averages the results of multiple fantasy drafts and shows where each player is being taken. Multiple sites offer this free service. As the season nears players gain or lose favor with the drafting public. This can be due to a new team, a platoon situation, injury ECT. When this happens, a players ADP will change. At this time of year we start to get a sense of where the drafting managers put value. Over the next few days I will place ADP against statistical leaders from last year. When completed maybe together we can spot undervalued and overrated players. Tonight we start with all players with over 100 RBI last year.

The first thing I noticed was that there were only 25 players with 100+ RBI last year. I would have guessed higher. The range of ADP is 1.2-196.8, quite large under initial observation. 6 of the 25 will be on new teams as long as Vlad signs elsewhere. Will that increase or decrease production? Few will be changing position and other who were hurt last year obviously did not make this list. Take in the info for each stat this week and try to come up with some stat correlation vs ADP like I plan to do.
Posted by Brett Barton at 7:42 PM