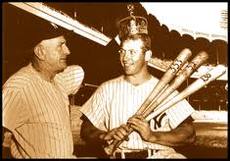 These 18 players all qualified for our list of 20+HR 100+RBI and a +.280BA. So is there value here with their ADP? The top 11 are truly no brainers and deserve a pick in the opening two rounds of any 12 team draft. The next 7 might surprise you. This tier starts with an early 5th rounder in Beltre. I had Beltre listed as a top 5 3B earlier this month. Zimm and ARod ahead of him. With those two going in the 2nd round you should be getting equal or better production from Beltre 3 rounds later. If he is still on the board late in round 4 grab him like late night munchies (I prefer a burrito as big as my head) after last call.
Uggla is very undervalued at an early 5th rounder too. I had him listed as a top 4 2B on a previous post. You know Cano will go 1st round but Uggla will now hit 3rd in the Braves lineup and will produce. If you are lucky enough to get Cano, Uttley, or Pedroria sneak up on your league and then get the best MI with you 4th or 5th round pick. You will now dominate with a duo putting up 60HR at 2B.
I view Konerko the same as Uggla. Get yourself a solid 1B in the 2 early rounds then slide Konerko into your CI spot in round 6 or before. He will be hitting 5th behind Rios and Dunn. Dunn draws walk now so Konerko will have many (muy mucho for our friends who speak Spanish) ABs with RISP.
Vlad is a wild card here. Depends where he lands and the number of ABs he gets. I would be cautious with Vlad unless he is still around in round 10 for your Utility spot.
Delmon is the 5th OF on this list. If you ask someone to name the 6 OF who hit over 20HR had over 100RBI and batted over .280 last year no one is going to mention Young...except maybe Young himself or his agent. I will be taking him as my 2nd OF in round 7 and then watching all the puzzled looks from my cohorts.
McGahee with an ADP of 108 is toooooooo looooooow. He will move up in drafts and continue to put up numbers as long as Braun and Fielder hit in front of him. 3B is a deep position this year so grab a brew or Brewer before round 9. (hint Brewers will win NL Central this year)
Oh look its another Brewer, Coerey Hart, (he does where sunglasses but not at night) After taking Delmon use you wrap around and snag Hart. You could have Braun, Young, and Hart in you OF and dominate. Once again 18 players are listed here and 3 are Brewers...should be 4 but Fielder couldn't get his BA to equal his weight last year.
Posted by Brett Barton at 6:02 PM