Going coast to coast is exactly what the A’s and RedSox did in December of 2011. The RedSox traded OF Josh Reddick and minor league players Miles Head and Raul Alcantara in exchange for Closer Andrew Bailey and OF Ryan Sweeney. 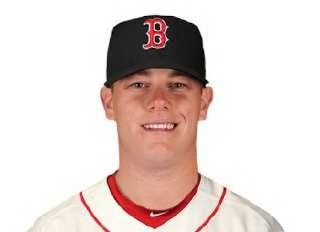 Reddick looked to be the opening day RF in Bean town after the RedSox failed to resign RF J.D. Drew after his massive contract was up. Reddick played all 3 outfield positions from 2009-2011, 39 total games in LF, 11 games in CF, and 81 games in RF. He found himself splitting time in the outfield with Ellsbury, Crawford, McDonald, and Drew for the most part. I was excited to hear J.D. Drew would not have been resigned, however, disappointed in trading Josh to Oakland. In 2011 while playing in only 87 games, he hit .280 BA, 71 H, 21 EBH, 7 HR, and 28 RBI. The power was not as lethal as some would have hoped, but the defensive was solid with a career FPCT of .973. 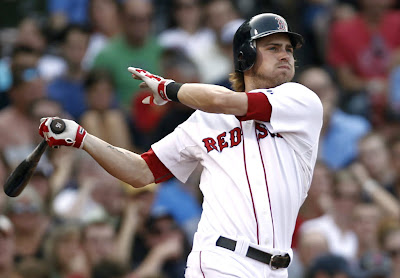 Reddick will more than likely start the 2012 season in the opening day roster starting in RF for the A’s. However, Head and Alcantara will spend the 2012 season in the minors. Reddick will either hit 2nd, or 7th in the line-up. My prediction for Reddick (full season): .285 BA, 17 HR, and 77 RBI.
Andrew Bailey will be replacing a favorable person in Jonathan Papelbon, who left Bean town for the Phillies with a massive contract of 4yr/$50MM. Bailey who was drafted out of the 6th round by the A’s will now be the go-to-guy in the bullpen, by staying injury free. He had Tommy John surgery during his college career, and has been dealing with bone chips in his elbow during the 2010-2011 seasons, limiting him to just 90 innings. In 3 years at Oakland, Bailey produced a total of 75 S, 9 BS, 174 K, 2.07 ERA. Bailey will be relied on heavily since he has moved to an offensive division in the AL East. Bailey, who resided in the Northwest during off seasons, says he has always dreamed of pitching for the RedSox, ‘now is your chance’. My prediction: 30 SV, 3 BS, 1.95 ERA, 44 K.

Ryan Sweeney who was packaged with Bailey will split playing time in RF/LF with newly acquired OF Cody Ross, and Darnell McDonald until Carl Crawford is cleared to play from left wrist surgery. Sweeney has never seen any more than 484 totals Abs in any one season, and has only played 3 seasons of 100 games or more since 2006. He is a career .283 hitter. Just like Reddick, I am failing to see the power here, hence the RedSox pursuit of Cody Ross. Sweeney has only 14 career HR, and 169 RBI in 6 total seasons. I do not think Sweeney will see any more than 70-75 starting games in the OF. Since Sweeney is a LH hitter, he will split with Ross and McDonald who both bat RH. My short season prediction for Sweeney: .270 BA, 8 HR, 45 RBI.
Posted by Brett Barton at 7:41 AM