Just starting out in a Dynasty League, re-drafting, or having trouble finding that diamond in the rough?

Most Dynasty Drafts consist of 15-20 rounds of minor league players who have no MLB experience. Below are a few top prospects and a few sleeper prospects to keep your eye on that you can land deep in the draft.

Top Prospects that will be targeted early and often:
WAS-OF: Bryce Harper 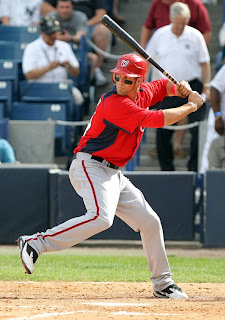 Harper started out his early career in Low-A Hagerstown (my home town). Harper was far more than a fan favorite; he was considered the best thing in Hagerstown since sliced bread. Before being promoted to AA, Harper slugged .554, with a .318 batting average at Low A, knocking in 46 RBI, and hitting 14 home runs, in just 258 at bats. Those at-bats in MLB are considered just a half season for most. Being promoted to Harrisburg late in the year, Harper hit just a mediocre .256, knocking in only 12 RBI and hitting just 3 HR in 129 AB. Although the injury bug plagued Harper in AA, look for him to get a couple weeks in the Minors, unless spring training goes really well, before being called up to the big leagues. My Prediction: Call Up in Mid May. 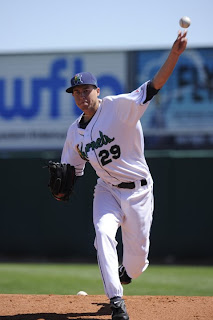 Skaggs, needless to say 2 years ago, was a diamond in the rough. He was the key trade piece that sent ace SP Dan Haren from Arizona to the Halos. Skaggs has jumped up the charts in just 1 year. He is a top 5 prospect that has Ace potential. Tyler was promoted after 17 games in High A ball throwing 100 innings with a K/9 ratio of 11.2. He left A+ with an era just over 3, at 3.22. Earning a promotion to AA, he did just that, he earned it. In just 10 games and 57 innings pitched, Skaggs struck out 73 batters, bringing his ratio of K/9 to 11.4. Tyler was a Futures Game Selection this past July as well as a CAL league Mid-season All-star, and to complete the year he earned a MID Mid-season All-star selection. The K/9 ratio is key, to drafting pitchers in the draft. My Prediction: Call Up All-star break. 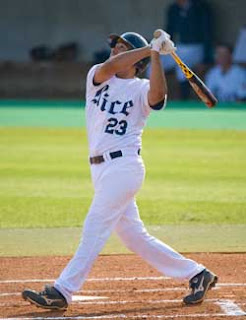 Not sure what the future holds for third baseman Ryan Zimmerman, because Rendon will be knocking on the door in the near future. Rendon was drafted 6th overall in the 2011 draft, and signed late to play baseball this year to accumulate any stats. I had Rendon going 2nd overall to the Seattle Mariners. Watching Rendon being skipped, pick after pick, I told myself Washington had to nab this guy quick. With the 6th overall pick, they did just that. The young third baseman out of Rice University has the tools to be a mold of a Ryan Zimmerman, with his best tool being his stick, but his worst tool being the speed on the base paths. In 2010 at Rice Rendon belted more HR (26), than he did strike outs that particular year, only 22 K's. He is a stud, with major upside; you can draft him with confidence. My Prediction: MLB in 14'

Minor League Players being a steal in Rounds 12-15 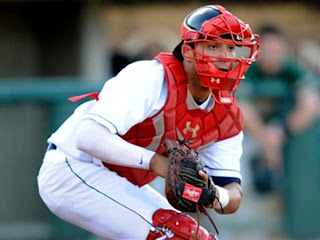 Valle will be completely missed in a draft where every one's focus will be on first baseman and starting pitchers. You can steal Valle in round 12 with no questions asked. Valle hit .284 while hitting just 5HR and knocking in 40 RBI's. He had a tough time adjusting to a promotion in 2011 to Clearwater, however, once the stick got going, he didn't look back. In 2010 Valle batted just .255, however, hit 16HR, and knocked in 74 RBI's earning him that promotion in 2011. Valle's biggest upside is his defense, which has progressed during his minor league stint. My Prediction: MLB in 15' 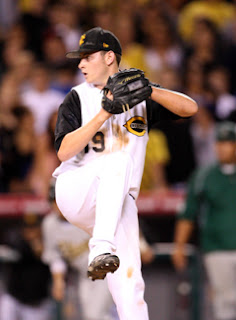 Many of you may or may not know this, Matzek was a highly touted prospect who significantly dropped off the radar. In these late rounds, you have no fear in taking a chance on Matzek as he is a low risk, high reward pick. Why low risk? Due to the late round drafting of him, Matzek will be off anyone's radar due to his numbers, his numbers are awful. Look for Matzek to bounce back in 2012. In 2011 Matzek had an ERA of 6.22 but again as I pointed out the stat of K/9 he averaged 10.3. His numbers are hiding the potential. Matzek came out of 11' with a 5-7 record between Asheville and Modesto. In august of 2011 I personally had a conversation with Tyler in Asheville. Tyler was very motivated to get back on track during this winter, and he stated, he will continue to progress and mature through his mistakes. My Prediction: MLB Bound in 14' The Yankees traded this past Friday for right handed flame thrower Michael Pineda. This may have surprised most of you; however, not I. Seattle is loaded with SP prospects. Top prospects to go early are Danny Hultzen, and Taijuan Walker, however, Paxton is that guy to slip through the cracks. He will earn a starting pitching spot out of spring training, unless the above two pitchers beat him out. No worries, he is MLB bound in 2012. In 17 games in 11' Paxton had a tremendous ERA of 2.37 with a K/9 of 12.4. He totaled 131 strikeouts in just 95 innings pitched. Paxton has the potential to be a number 3 starter, and Seattle looks for him to full-fill this role sometime in 12'. You best be drooling over this guy in the late rounds, and be ready to hit the draft button. You cannot get a better steal than James Paxton. My Prediction: MLB bound in 12' making starting rotation.
Posted by Brett Barton at 10:36 AM